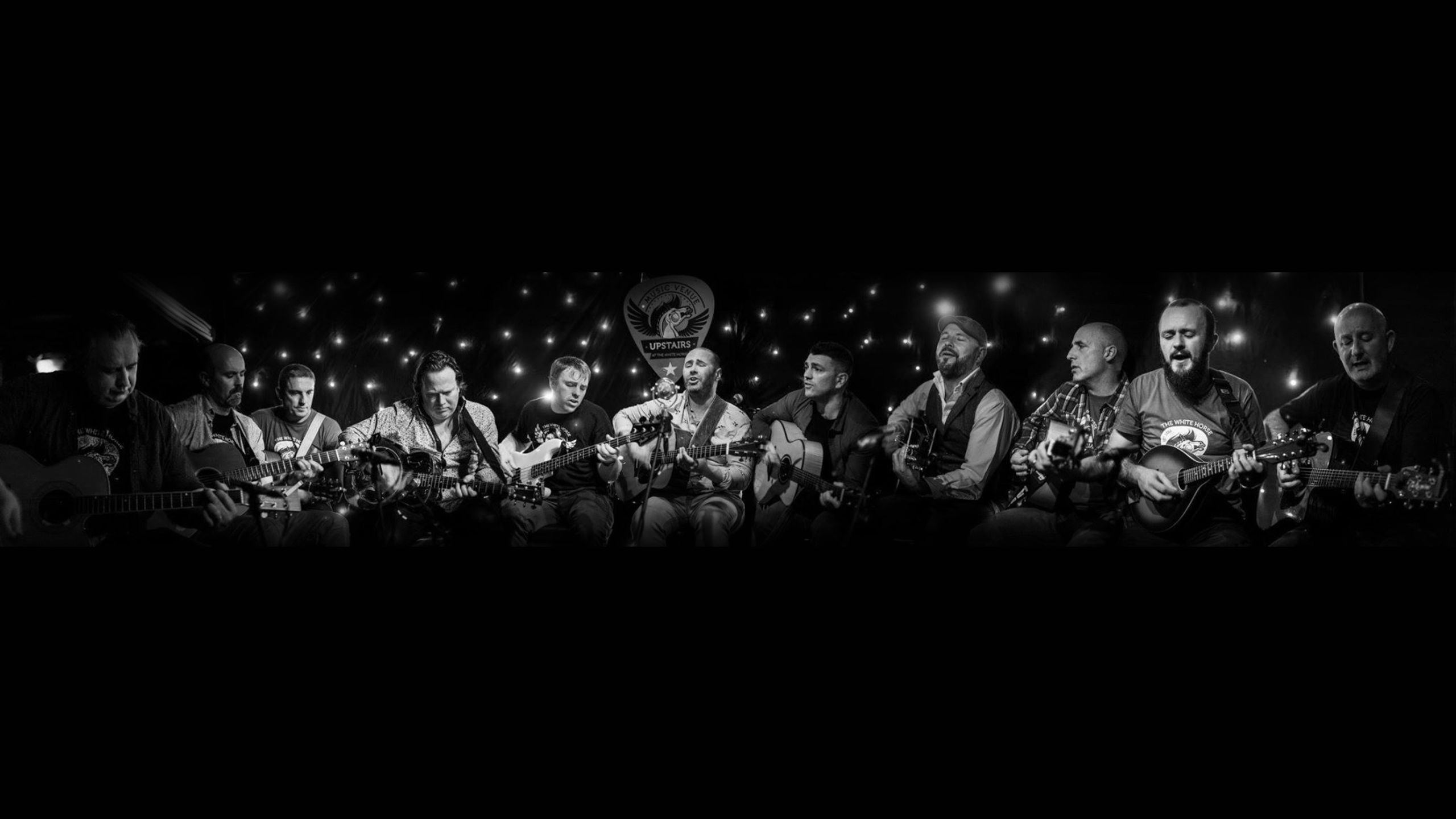 The White Horse Guitar Club are an 11 piece band born in the music venue, Upstairs at The White Horse, who interpret songs of the Americana/Roots songbook in a truly impactful way – think Welsh voice choir singing the songs of the deep Southern States!
Formed in early 2012, the band evolved from an open club environment into a fully-fledged musical touring group of 11 friends over the past 5 years. 11 guys drawn from widely varying backgrounds, bound by a common love of playing guitar and singing music that is deeply rooted in the fine tradition of songwriting that flourishes in the Southern states of America, particularly in Kentucky & Tennessee where the Scots/Irish influence was and is strong. The group proudly interpret the songs of John Prine, Darrell Scott, Tim O’Brien, Buddy Miller, Townes Van Zandt, Willie Nelson and many more.
The White Horse Guitar club has performed all over Ireland & beyond in the last 7 years, selling out tours in France, Germany, Italy & Holland, along with marquee nights on home soil like the sold out shows in Cork’s Everyman Palace Theatre in May ’17 & Cork's Opera House in January 2018 and 2019.
All good stories are shaped by the twists and turns of the road and the adventure of The White Horse Guitar Club is very much still being written. Keep your ears tuned and your heart open. 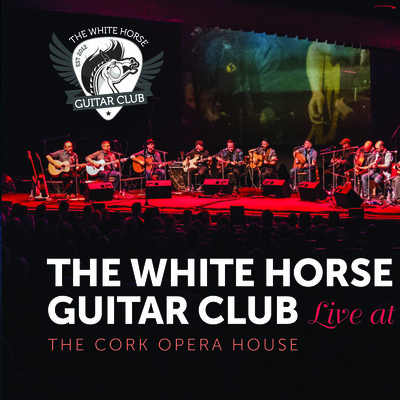 For free items, if you choose to pay, the minimum we can accept is 50 cents. This is because for anything less, all the money would just go straight to our payment processor :-(
€
(Minimum Price: {{ newItem.minimum_price | currency '€' }} )

Digital purchases will be associated with this email address

Thanks for your request to see White Horse Guitar Club play in
.

Have we got the wrong location? Click here to change it.

Would you like to be notified if White Horse Guitar Club comes to town? Enter your email below and we'll keep you in the loop!